pvalue.io is a free online statistical analysis software, specially designed for physicians and other healthcare professionals.

Very often, statistical softwares are designed for statisticians. Some of them require learning a programming language such as SAS, R or Stata or have a simple interface such as SPSS.
These softwares will always be able to calculate a p-value, even if the test used is not correct and even if the conditions of validity of the test are not met. In other words, if you are not a statistician, it is highly likely that if you use SPSS ffor anything but descriptive analysis, your results will be wrong.

pvalue.io is a unique statistical software: it does not address statisticians, but physicians and other health professionals. It is suitable for analyzing data for the purpose of publication for a medical thesis or in a peer-reviewed international medical scientific journal. 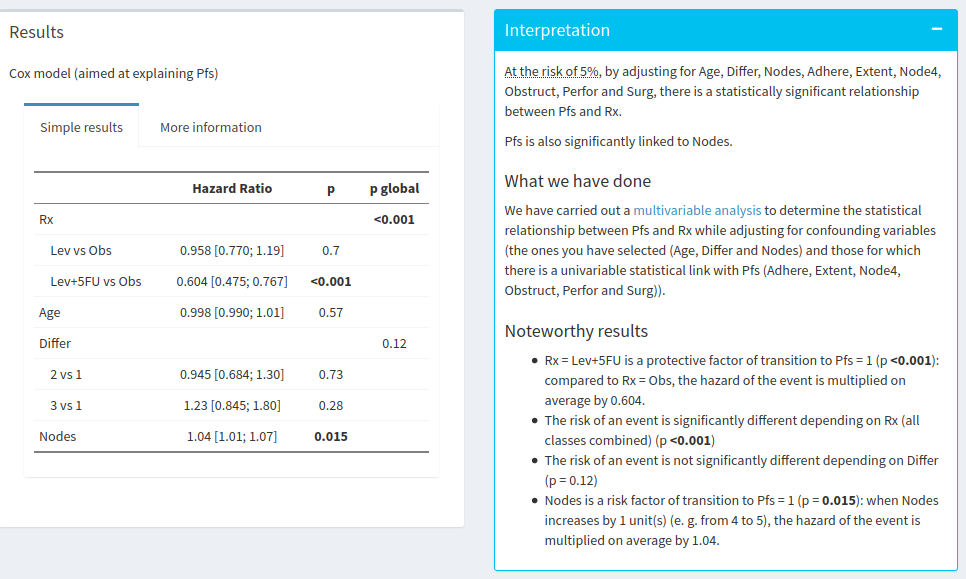 The objective of this software is to be easy to use for all those who do not have enough statistical knowledge to perform their own analyses, and also has an educational objective. We therefore had to make compromises on the software’s functionalities and methodological aspects. Thus, we have chosen to set the alpha risk at 5%, to present the confidence intervals at 95%, and only bilateral superiority tests. Interactions are difficult to interpret and cannot be calculated. Being intended for a non-statistician users, pvalue.io systematically presents the interpretation of the results.

A variety of statistical analyses are possible with pvalue.io, and this number increases over time. It is a software that is not fixed, and is improved according to users’ suggestions.

But don’t worry, you don’t need to search for which test to use first, as the software will automatically select the correct test.